We are a group of engineers, scientists and local business people who have a shared vision to inspire future generations in science, technology & engineering to address the skills shortage of engineers, & increase footfall in Christchurch centre. 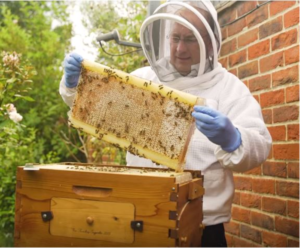 As a non-executive, Adrian has been advising on strategy for a company that started in a shed in a back garden in Romsey; their technology became ubiquitous in high-budget motorsport and the company leveraged its position to become a supplier to 8 out of the top 10 automotive manufacturers.  With the autonomous vehicle market growing exponentially, the company went on to become a world-leader in the testing of autonomous vehicle technology.

In his spare time, Adrian has been a trustee for a National charity, a founding trustee of the Regent Centre charity and Christchurch Music Centre CIC, and led the campaign for Christchurch Quay SplashPark.  He was also chairman of Stompin’ on the Quomps CIC for 25 years, and is the current chairman and co-founder of Discover Science Christchurch, and its predecessor Mission Ignition.

Adrian is also a passionate beekeeper. 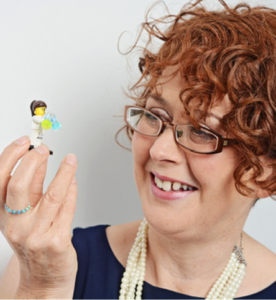 Jan’s enthusiasm for science spilled over from her PhD (designing new solar cells for satellites) when she found herself an assistant producer on Radio 4 Woman’s Hour as a Science Media Fellow in 1990.  Enthused by her “amazing” experience in explaining renewable energy over the airwaves she went on to continue to do talks, science shows and lectures exploring and explaining the opportunities for exciting ways people can change the world through science and engineering.

Her other passion is making science and engineering a brilliant place to work. Nationally recognized for her contribution to better safety clothing, and engineering education, she has researched, written and seen the reality of what it means to be inclusive (see katalytik.co.uk).

A lifetime sailor and windsurfer she is excited to live in a place with a double hightide!

Now she wants to share the amazing contribution Christchurch has had on shaping our world through the innovation and inventiveness of the extraordinary people who live and work here along with raising the hopes and aspirations of young people to make the world a better place through engineering and science.  Jan is one of the co-founders of the project and is a major ‘mover and shaker’ in all aspects of Discover Science Christchurch. 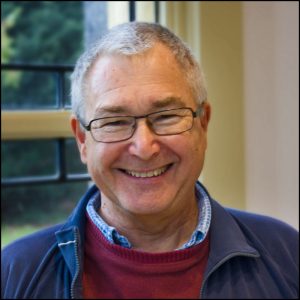 Richard has always been fascinated by all things science and tech; he grew up with the space race and still unreasonably excited by all things to do with spaceflight and the Apollo program, in particular.

In 1975 (do the maths) he gained a Degree in Electronics Science and started his career with Plessey (as part of a new computer system design team).  Later he moved into software engineering and then into Engineering Management.

He’s now happily retired and busier than ever.

Richard believes that working with the talented team in Discover Science Christchurch means he will get an opportunity to use all his skills on a project that is going to be an exciting asset for Christchurch.  His role on the team is organisation, which he states, “is not as glamorous as it sounds (!) but gives me a chance to ‘stick my nose’ in on all aspects of the project” 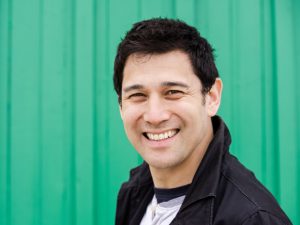 Dominic has extensive experience in marketing visitor attractions and was the first marketing director for Warner Brothers Studio Tour London – The Making of Harry Potter, Warner Brothers Studio Tour Hollywood and Warner Brothers World Abu Dhabi. He has also worked for Merlin Entertainments in their theme park and centre centre attractions (notably Madame Tussauds, London and Berlin).
Since moving to Dorset he works with attractions to develop education programmes for curriculum-based school trips, with clients including Spinnaker Tower, View from the Shard, SEALIFE, BodyWorlds and the Emmerdale Studio Experience (the latter two winning awards for their education programme). He also consults for attractions in developing their marketing strategies, including Norwich Castle, Shire Hall in Dorset, the Black Cultural Archives and dotdotdot (the creators of Jeff Wayne’s The War of the Worlds: The Immersive Experience).
He is known for creating unique tourism experiences – from a 17-seater group bike experience to a comedy afternoon tea experience. Dominic also served on the board at the Regent Centre, Christchurch, where he developed and executed the Mamma Mia 2 Extravaganza. He also founded and runs the Bournemouth Beach Walk and Talk networking event in Boscombe, which is now in its fourth year. 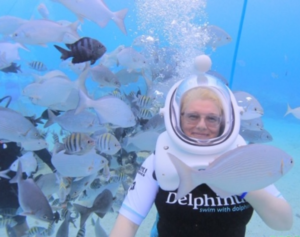 Being a jack-of-all trades has helped Cat to develop her unique skills and way of looking at the world.  With a career history that includes graphic design, administration, aviation and accounting, she eventually returned to adult education, gaining a BSc (Hons) in Life Science, which lead to her current role as Senior Science Technician in a local secondary school (culminating in over 21 years of working in education).

She believes that having a great imagination and a willingness to experience new things helps to add depth to a person, which as part of a hobby of being a comedy writer for a magician has grown and developed thanks to the opportunities to travel the World.  Her interest in Mayan culture, which is heavily based on the deep connections between science and nature led to her following the Mayan trail from Guatemala to the Yukutan, in Mexico.  Cat’s also a huge dino-fan, and has been involved in the upcoming Eden Portland project, and takes any chance to see dinosaurs (and even cos plays a Jurassic Park Ranger, complete with baby ‘Flossy Raptor’).

Her role as team Imaginitian combines ‘imagination’ and ‘technician’ – two vital aspects when exploring new and exciting ways to explore the world, making it relevant to the educational curriculum as well as being accessible to children from 1 to 100! 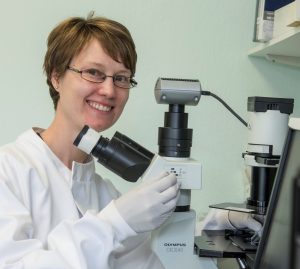 Sarah’s interest in Immunology (the science no-one can pronounce) began during her Biology degree at Southampton University.  She then spent exactly (!) 20 years at Southampton, first completing a PhD in cancer immunotherapy and then working as a cancer research scientist involved in outreach when opportunities arose.  Last year she moved along the coast to Bournemouth University, where she is employed as a lecturer, splitting her time between proving to undergraduates that immunology is the best of the ‘-ologies’ and conducting research, currently into COVID-19.  When she gets the chance she fruitlessly searches for sharks teeth along the Jurassic coast, shines UV lights on insects at night (do try this at home…) and creates lava lamps with household items and an Alka Seltzer (…and this too!).  While she is able to splice together fragments of DNA she is incapable of baking a decent cake. 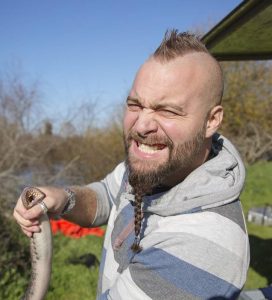 Tom (aka “The Blowfish”) is conservationist, broadcaster, author, science communicator and the worlds only heavy metal marine biologist. Qualified from Bangor University.  He has spent his career educating and entertaining members of the general public about the wonder of our oceans. Starting at the young age of 16 speaking to crowds at public aquariums, Tom has visited schools across the country, appeared at various major UK science festivals and enthralled audiences worldwide with his TV roles. At the heart of his passion is the drive to help the waters of the world, and as such, Tom is an Ambassador for the Marine Conservation Society, the Shark Trust and the South African Shark Conservancy.

Mixing in his love for Heavy Metal, Tom acts as environmental consultant for Primordial Radio, alongside a weekly radio show and conservation themed podcast. In 2017, Blowfish’s Oceanopedia – 291 Extraordinary Things You Never Knew About The Sea was published and quickly became an Amazon bestseller, marking another journey along the path of science communication. 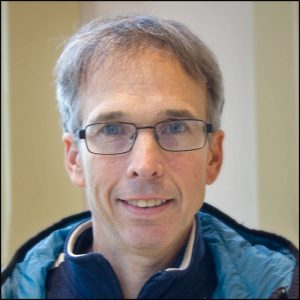 David’s previous role as research scientist has mainly involved the evaluation of a range of electronic materials such as semiconductors, dielectrics, graphene, liquid crystals, polymers, small molecules and hybrid materials.  David is creative and innovative, so much so that he was chosen to be a member of a prototyping team and as a result, was recently awarded for setting up a very popular, solar OPV tree installation!

He is also a supporter of science in the community and has an interest in electronics and electrics.

David is a keen cyclist. 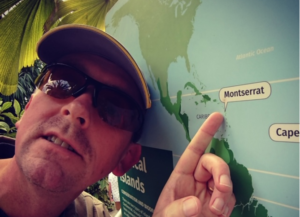 Although initially trained as a Civil Engineer, Michael is currently a Chartered Builder, Project and Design Manager working for an International Construction and Property Consultancy; he is also a Christchurch Town Councillor.  He has a wide range of interests in the sciences and engineering, resulting in him registering as a STEM Ambassador with over 10 years’ experience of speaking to schools and other interest groups.

As a child Michael grew up on the volcanic island of Montserrat, which introduced him to his love of nature and wildlife, especially birdwatching – which ties in with his love of singing; he is a member of a local choir.  His inspirations have been Michael Faraday, Nikola Tesla and Richard Feynman, and he loved to read science fiction books during his teenage years.

He believes that only science can lead us out of the dark and we need future generations to carry on the good work in order to save the planet for us all.